There was once a man by the name of Nekhailo to whom one of his friends left a small vineyard.

Spring came, and Nekhailo went to the vineyard to see what needed to be done there.

"Tomorrow I'll bring a hoe and weed the grass,” said he.

And off he went.

Now, hiding in the grass in the vineyard, was a whole family of young foxes. They heard what Nekhailo had said and were very frightened.

The mother fox came home, and they said to her:

"There was a man here, Mother, who said he would come tomorrow and weed the grass. Let us run away!"

"Stay where you are and don't be afraid," said the mother fox. "That was Nekhailo who owns this vineyard. I know him. He won't come soon.”

A long time passed before Nekhailo came to the vineyard again.

He had a hoe with him and was much surprised to see how tall the grass had grown.

He scratched the back of his neck and said:

"Ekh, but I cannot do anything here with a hoe. I think I'll go home and fetch a scythe."

And off he went.

The young foxes heard him and were very frightened.

"Let us run away, Mother!" they cried. "That same man was here again and he went off to fetch a scythe. He'll come tomorrow and kill us all!"

"Play your games and don't be afraid!" said the mother fox.

Three months and more passed, and Nekhailo came to the vineyard with a scythe. He tried to cut down the grass, but could not, so thick had it grown. So then he thought for a moment and said:

"I think I'll go fetch some matches and set fire to the grass.”

"For burning the grass is easy, so Nekhailo is sure to do it!" 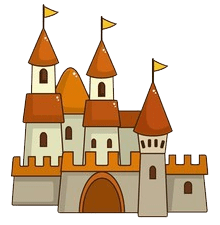 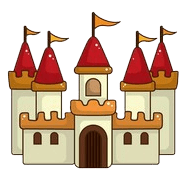